One of a Kind Offers 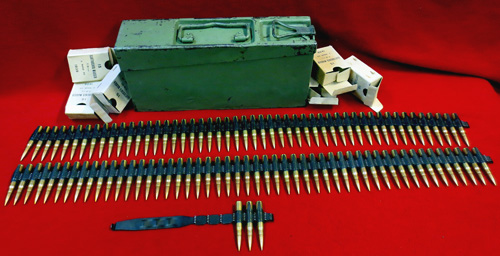 The WWII Era 1937 Dated Polish ammo can is marked "J. Serkowski S.A." (Warsaw) It's a vet with "character" in very good condition with some dings and scrapes after eighty years of history. The hinge and latch work well. It does not appear to me to have the usual globbed on post war paint job and could be the original paint .

The INERT ammunition (103 rounds) is all marked "PCH 39", which I believe stands for "Poudreries et Cartoucheries Helléniques" or Greek Powder and Cartridge Co., brass case with FMJ projectiles. They are in very nice shape and are still in their original cardboard boxes that are stamped "Cartouches Mauser, 7.92mm, A Balle SS, 1939". No doubt this type ammunition and ammo can became a part of the German war machine when they conqured Poland in 1939 and Greece in 1941.

The items pictured are the ones you will receive